Get fresh music recommendations delivered to your inbox every Friday.
We've updated our Terms of Use. You can review the changes here.

Viper At The Virgin's Feet 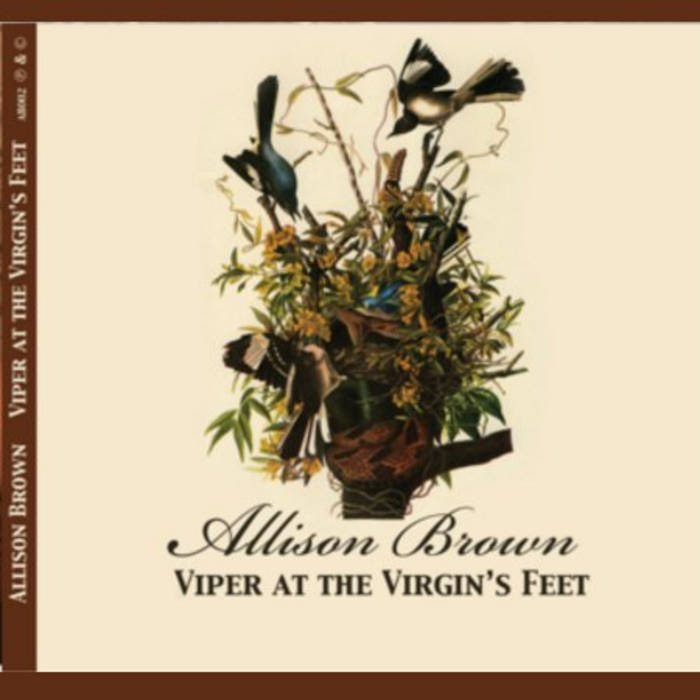 Tempted to tread the dusty highway between light and darkness, joy and sorrow, faith and doubt, sunshine and rain; Allison’s second release “Viper At The Virgin’s Feet” reveals deep explorations of gospel and roots music surrounding originals forged from the fires of folk tradition. The anticipated follow-up to 2005’s “Everything That Shined”, Allison narrowly escapes the devil’s teeth as “Viper At The Virgin’s Feet” snakes though twelve tales of heartbreak, stormy skies, fearless faith and a detour to cactus country. Like a serpent in the garden, ominous undercurrents simmer beneath the surface of “Viper At The Virgin’s Feet”. The album’s title track “Something Holy” sings through the eyes of a brave believer in an Appalachian rattlesnake handling church meeting, while “If I Was A Weathergirl” is a winsome languish inspired by real life TV News personalities. Allison captures her inner outlaw translating Townes Van Zandt’s “Poncho & Lefty” and pays tribute to favourite songwriters Iris Dement and Patty Griffin on her way out of the desert. “Uncloudy Day/Evenin’ Train” testifies Allison’s joyful devotion to revival, and “All The Birds” flies Allison out of the deep dark forest only to realize the journey is still at its beginning.

Allison reunited with her musical mentor and producer of her 2005 release “Everything That Shined”, David Essig at his home studio on Protection Island, British Columbia for recording sessions that would bring Allison’s newest songs to life on record. Followed by a month long solo Greyhound Bus tour, with guitar, ukulele and suitcase in hand, she returned to London with eight pearls from the ocean-side sessions. Four more songs were added this winter from live off the floor sessions at Andy Magoffin’s House Of Miracles.

“’Viper At The Virgin’s Feet’ fulfills the promise of her fantastic debut; it’s the Allison originals that are my favourites” ~ David Clarke, Scene Magazine

“a gorgeous voice that seemed too big for one person” ~ Barbara Bruderlin, B.C. Musician

“rather obvious that she’s listened to a lot of great music and has let the timelessness of traditional music and generations of great artists inform her own songwriting and her wise choice to balance her repertoire with well-chosen traditional and contemporary folksongs” ~ Mike Regenstreif, Folk Roots/Folk Branches

“’All The Birds’ was the complete elixir I needed to feel many troubles melt away”~ Scott Vernon, Roots Music Canada

FOUR TRACKS FROM THIS ALBUM ARE UNAVAILABLE ONLINE
To purchase a physical copy CD with all 13 tracks including:
Pancho & Lefty
Mr. Valentine's Dead
Long Ride Home
and Our Town

ALLISON BROWN loves to sing a great song. She brings her tuneful, sweet and powerful voice to her endless collection of hand-picked roots music repertoire alongside crafted original songs. Her vocal elasticity stretches three octaves; she delivers melody with conviction and has a knack for creating perfect harmony with other singers. ... more

Bandcamp Daily  your guide to the world of Bandcamp